Skip to content
Best Things to Boost Your Metabolism

Best Things to Boost Your Metabolism

When it comes to losing weight, we’re often told to move more and eat less to create a calorie deficit. However, that equation leaves out one of the most important aspects of losing weight: metabolism. The term “metabolism” describes the chemical reactions in the body that keep us functioning. More often, though, it’s used interchangeably with metabolic rate, which refers to the number of calories the body burns. The higher the metabolic rate, the more calories burned. Plus, a higher metabolism also means greater energy levels. So, it’s only logical then to search for the best things to boost your metabolism to help you lose weight, keep it off, and feel better.

While you do have control over many aspects of your metabolism, it’s not 100% under your control. Your body type, genetics, gender, and age all impact how well you burn calories. However, there is still much you can do to permanently increase your metabolism. It all starts with healthy habits.

Fortunately, there are a lot of ways to boost your metabolism—backed by science—that work in the real world.

1) Stand up. In today’s society, many of us spend the vast majority of our lives seated. And that’s just bad for our health. Being sedentary increases the risk of disease, which leads to increased hospitalization and early death. 1
Sitting for long stretches also slows the metabolic rate. Standing up, on the other hand, boost your metabolism. For example, if you work a desk job, you can burn an extra 50 calories per hour or 174 calories in an afternoon if you choose to stand rather than sit. 2 To boost your metabolism, break up your sitting by standing up for at least short bursts throughout the day. Then build up the amount of time you stand to at least three hours per day. 3 If you have a laptop, for instance, you can place it on a countertop, taller dresser, or standing desk.

2) HIIT it hard. One of the most common excuses for not exercising is a lack of time. Fortunately, with the right forms of exercise, you can boost your metabolism. Plus, this benefit continues long after even a short workout has finished. 4 – 6 One of the best forms is known as High-Intensity Interval Training or HIIT. This type of exercise alternates short bursts of very intense exercise with short rests. Here’s an example for a 15-minute HIIT session:

In one study, overweight young men followed a 20-minute HIIT regimen 3 times a week for 12 weeks. Compared to the control group, the men lost over 3 pounds, including nearly 4 1/2 pounds of fat. What’s more, they reduced the fat around their waists by 17%. 7 In another similar study with young women, researchers found that three 20-minute HIIT workouts per week helped women lose 5.5 more pounds. They also gained muscle mass over those who did standard steady-state cardio workouts. 8
If you’re having one of those days when exercising intensely for even 15 minutes seems like too much effort, then how about 2.5 minutes? One study found that just five 30-second bursts of maximum effort on a bike, followed by four minutes of rest, burned an extra 200 calories. It then boost your metabolism for up to 48 hours! 9

3) Lift progressively heavier weights. Muscle tissue is more metabolically active than fat tissue. In other words, an increase in lean mass can boost metabolism and help you burn more calories. This effect isn’t just when you’re exercising. You’ll burn more calories even when you’re sitting around relaxing. 10 Surprisingly, up to 80% of the calories you burn each day are just from keeping the body alive and functioning. 11
Perhaps most importantly, increasing muscle mass by lifting weights can prevent the normal decrease in metabolism (along with strength) typically caused by a loss of weight. 12
One of the best ways to increase muscle mass is to follow a weight-training or resistance-training program using progressively higher weights.

4) Sleep it off. An often-overlooked aspect of a healthy metabolism is ensuring you are getting enough sleep. 13 For example, the negative effects of a lack of sleep include lowered metabolism, increased blood sugar, and insulin resistance. 14,15 All of these can hinder weight-loss goals dramatically.
Sleep also has an impact on the hunger hormones ghrelin and leptin. This may help explain why people who chronically miss out on good sleep struggle to lose weight. 16,17
To help improve your sleep at night, turn off the computer, phone, or TV screens at least an hour before it’s time for shuteye. You can also install apps like f.lux or Twilight to turn off the blue light. Blue light disturbs melatonin, which is the hormone that tells our bodies it’s time to sleep. 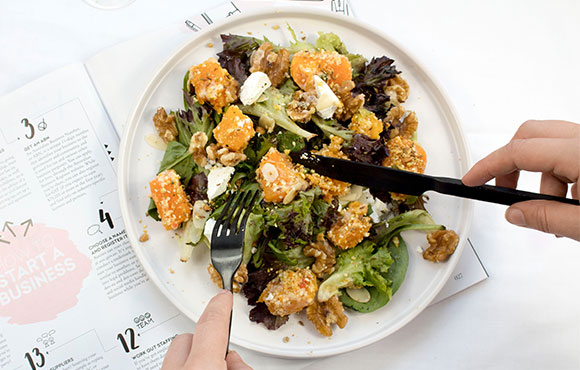 1) Eat more protein. There’s a lot of debate on the best way to eat to boost your metabolism. But one thing science has firmly supported is ensuring you eat enough protein. You see, whenever you eat, your body responds with a slight increase in metabolism to digest, absorb, and process the nutrients. This is called TEF or the thermic effect of food.
Protein, it turns out, causes TEF and thus metabolism to increase the most—up to 30%. That’s compared to up to 10% for carbs and a mere 0% to 3% for fats. 18 Simply increasing the amount of protein consumed from 15% to 30% with each meal (and especially at breakfast) is a simple way to increase calorie burn. 19 ,20
What’s more, protein helps you feel fuller and keeps you satisfied longer after meals, leading to decreased calorie consumption. 21 In one study, for example, researchers found that people who ate 30% of their calories as protein consumed ~441 fewer total calories each day. 22
Finally, increasing the amount of protein you consume has been shown to help reduce the metabolic rate decrease often associated with dieting and weight loss. This is possibly because it helps people maintain lean mass. 23

Some metabolic-rate-boosting high-protein foods to add to a healthy diet include:

Beans may provide the biggest bump to the metabolism as they provide both protein and fiber, which helps level out blood sugar. One study, for example, showed that people consuming just a ¾ cup serving of beans per day weighed, on average, 6.6 pounds less than those who didn’t. That’s despite consuming an average of 199 extra calories per day. 24

2) Eat enough. One of the biggest mistakes many people make when trying to lose weight is to cut calories too drastically. Unfortunately, when you don’t consume enough calories, you are more likely to lose muscle mass. This then decreases the metabolism, slowing down the rate calories are burned, causing your weight loss to halt.
Instead of just deeply cutting calories, modestly cut calories and increase exercise to slim down while supporting a strong metabolic rate. It’s also important to choose foods that take more energy to digest. For example, choose nutrient-dense whole foods like oatmeal, quinoa, and brown rice, which can increase energy expenditure after eating by as much as 50% over processed options. 25

3) Drink water. It makes sense that people who drink naturally calorie-free water are more successful at losing weight than those who consume sugary drinks like soda and sweet tea. 26 In addition, however, it appears that just drinking water can increase metabolism, at least briefly. 27 ,28
Some research has demonstrated, for example, that drinking just a half liter of water can increase the resting metabolic rate by up to 30% for around an hour. 29 ,30 Water can also help you eat less when you drink water about a half hour before eating.
Increased water consumption has consistently been shown to support weight loss. And it may be even more effective when cold water is consumed, as the body must use energy to bring it up to body temperature. 31

4) Drink some coffee or tea. Both coffee and tea are calorie-free drinks (at least before any sugar or cream is added). This can support weight loss over drinking calorie-dense drinks.
On top of that, however, the caffeine found in coffee and tea has been shown to boost metabolism by up to 11%. 32 ,33 And it’s also been shown to increase fat burning, especially in people who are already lean. (It appears to have a lower effect in overweight people.) 34
Green, oolong, and white teas also provides epigallocatechin-3-gallate (EGCG). This natural compound has been shown in some research to boost energy expenditure and fat burning throughout the day. 35 ,36
Depending on the study, the effects of both coffee and tea on metabolic rate and weight loss, however, appear to differ dramatically from person to person. Some show benefit while others show none at all.

5) Make it spicy. If you like hot peppers, you’re in luck. Research has found the capsaicin in peppers that brings on the spice may also boost metabolism, increase satiety, and promote fat burning. 37 If you don’t like it hot, you may be in luck too. Capsaicin’s non-spicy cousin, dihydrocapsiate (DCT), was shown in research to be just as effective. 38 However, the effects appear to be modest and may offer only a slight, if any, benefit for weight loss or maintenance. 39

How to Increase Metabolism Rate Permanently

To increase metabolism rate permanently, you need to make long-term changes like those discussed above. Any of these metabolic rate boosters works only as long as continued. With the weight-loss benefits, along with increased energy levels and improved general health, however, modest effort required. Yet the simple lifestyle modifications required appear to be well worth it.

You will recieve one tip per week. You can unsubscribe at any time. We will never share your information with third parties. 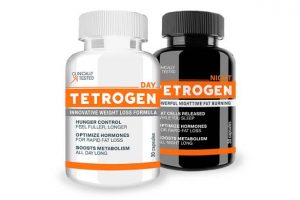 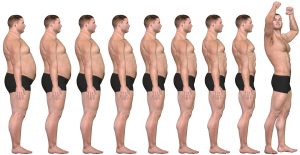 How to Get Rid of Hormonal Belly Fat Safely 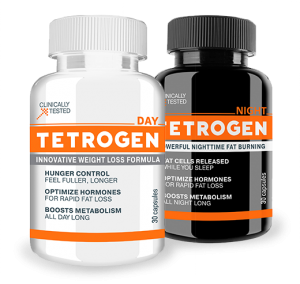 Want to Save 10% Off Your Order Today? Just complete the form below!